Charles Dada is a Kent-based singer/songwriter with over 10 years in his music expedition. He began his music career at secondary school, by running the school gospel choir. This then created the platform for his career as we know it. Using the experience he gained as choir director, he went on to be a vocal teacher and director for many projects and choirs all over the United Kingdom and the resident choir director at his local church.

Charles was the winner of his local community singing competition, ‘Bex Factor’, and was offered a scholarship by Bexley Borough Council to study at the renowned Point Blank Music College that was also attended by the likes of Leona Lewis and Aluna Francis.

Charles is a professional backing vocalist for both live and album projects in all genres of music, including contemporary gospel, African gospel and even soft rock. Featured on the BBC The One Show, Ant and Dec’s Saturday Night Takeaway, the MOBO Awards and Channel 4’s 8 out of 10 Cats, Charles Dada has a lot to write home about.

Amongst all the above, Charles has had the opportunity to perform to over 40,000 people at the ExCel Centre, Wembley Arena and Manchester Arena.

With his debut single, #BREATHE, being his first ever solo project, he is ready to take on this journey as an artist. Breathe, the much-anticipated debut single, is out now on all major digital stores.

With the anticipation continuously building through a major social media campaign with the word #CharlesDadaBreathe as its focal point, it’s causing people to ask questions. Produced by WhiteBlock and written by Pensouls and Charles Dada, this single is sure to get you wanting more of the Lord, as it focuses on the words written in Job 33:4. 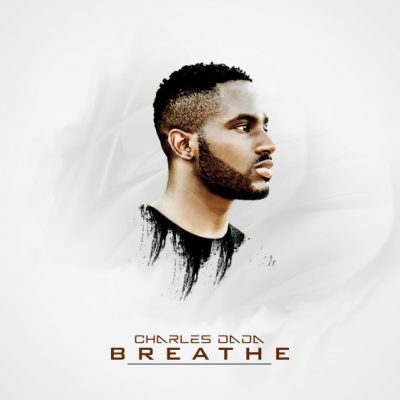